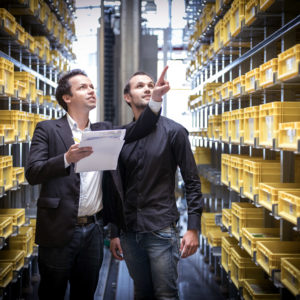 Opportunities, challenges and the significance of Industry 4.0 – current usage and future developments of 3D printing in Austrian industrial and service companies

Today, we are on the threshold of a new era of industrial revolution – Industry 4.0. While the First Industrial Revolution was brought about by the development of the steam engine and mechanisation of hand production methods at the beginning of the 19th century, the use of electrical energy and introduction of the conveyor belt initiated the Second Industrial Revolution around 1970. Since 1970, the transition to automated processes with the help of electronics is seen as the Third Industrial Revolution. The new era of the Fourth Industrial Revolution is characterised by the creation of an intelligent network on the basis of cyber-physical systems, meaning that all participants in the entire value-creation chain are linked digitally over the life cycle of products and services. In future, Industry 4.0 is going to produce fundamental and far-reaching changes in all areas of society and industry and new challenges for companies are going to emerge. Despite this, the developments of Industry 4.0 could also lead to new opportunities and developmental potential for the Austrian industry.

Austria is ready for Industry 4.0[1]. The role of Industry 4.0 solutions[2] is going to become increasingly important over the years while the digitalisation of the value-creation chain is going to mark business environments. New, intelligent, connected and efficient production methods will take over factories and digital fabricators, namely 3D printers and similar technologies (additive manufacturing, rapid prototyping, fabber, etc.). They have the potential to make the production process radically flexible.

It is important for companies of the future to develop their business models further in terms of Industry 4.0 and digitally optimise their product and services portfolio. A key function is given to additive production processes, whereby radical changes in internal and external business functions are made and new quality in team work is created. In future, value-creation chains are going to transform into digital value-creation networks.

The aim of this practical enquiry was to investigate Industry 4.0’s current and potential future effect on Austrian industrial and service companies as well as its significance and level of maturity it currently has and could have in these companies. With production and procurement processes as the main subject of analysis, the findings and results show the status quo of additive production and future expectations of industrial companies.

By continuing to use the site, you agree to the use of cookies. More information