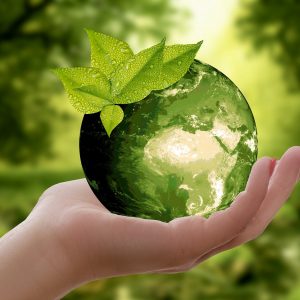 Non-financial reporting: Comparative overview of the implementation status of the EU Directive based on selected companies in Austria, Germany and Switzerland

The topic of sustainability has received a new boost, also thanks to Greta Thunberg. Society demands sustainable management from companies and expects transparent information. The importance of sustainable management is also reflected in investment decisions: the classic financial indicators are no longer the only reason for an investment. Instead, non-financial indicators are expected to provide additional information about the long-term value of a company.

The NFI Directive aims to achieve a uniform standard and statutory minimum requirements in sustainability reporting in the EU. In the course of this project, an assessment was made of the extent to which the NFI Directive has been implemented within three years. For this project, the annual and sustainability reports of ATX Prime, DAX30 and SMI companies for the years 2017-2019 were used. SMI companies in Switzerland were analysed to demonstrate which standards in non-financial reporting exist outside the member states of the EU.

The reports have been evaluated by the project members, and the following selected core statements derived from them:

In Germany, all companies report extensively on legal issues of environment, employees and social affairs, respect for human rights and anti-corruption.

In summary, non-financial reporting has clearly improved over the years in all three countries. For all analysed companies, there is a clear improvement in content in 2019 compared to 2017.

It is evident that sustainability is reportable for companies. More attention was paid to the subject not only in quantitative terms, but also in qualitative terms.